Some years ago, my school underwent both the Statutory Inspection of Anglican schools and Ofsted.  Apologies if some of these bring to mind ‘grandmothers and eggs’ but they were all attributes that inspectors in both cases commented on as leading to outstanding Religious Education lessons.

Win the children’s interest with an open unanswerable question – one for which there is no immediate right answer. I use this technique in Science and my children know to respond with answers such as “it depends!” so why not the same approach for RE? Ask it as your learning intention and they will soon realise this means they are going to have to find out and think for themselves, a challenge which the children in my school certainly enjoy. I have used questions such as “Is it better for a Christian to pray in a church or out in natural surroundings which God made?” but this question can easily be adapted for all beliefs and places of worship. This enquiry based model also works really well over the topic as in each lesson you can draw the learning back to the question and the children can self-assess their own progress towards finding an answer, whilst realising that it doesn’t have to be the same one their peer is formulating. As observers love a mini summing up when they arrive in your classroom, asking the question regularly or “how far are we towards a being able to answer the question…” is a great tool. 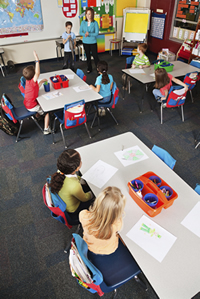 Start with your children’s direct experience. When teaching about religion (AT1),  it is easy to fall into the trap of ramming in information first so that both you and the children have it to call upon. This can lead to children feeling no empathy with the believers. Schemes of Work such as ‘Discovery RE’ really help with ideas for child friendly starting points as it can be difficult to put yourself in the place of the children who may have either no religious/faith experience or a life steeped in one faith which can make it difficult to understand something different. When doing a unit on Jesus’s friendships with Year 1, I asked the children whether it would be easy for Jesus to forgive Peter after he denied him. To start from there with this age group would have been impossible so we looked at friendships in class and role played scenarios where I pretended I didn’t know them so they could experience the feeling themselves and so could empathise with Jesus before we got into the rights and wrongs of Peter’s actions.

The Internet and smart boards are marvellous tools to allow children to access pieces of art inspired by religions and faith. An ‘outstanding’ colleague used a selection of abstract art about the crucifixion as a visual prompt, then asked the children to make their own piece which needed to include the elements of the learning intention and success criteria in any way they chose. So many religious stories have been illustrated that it is easy to find really good examples and for the visual learners this can often be more meaningful than other media. There are also good examples of other children’s interpretations in publications such as RE Today that can be useful.

You can choose anything from pop to classical! In the friendship theme, we started with James Taylor’s “You’ve got a friend” to let the children listen to how a songwriter described friendship. Other suggestions are fast paced pieces of music such as the Sabre Dance by Aram Khachaturian or Flight of the Bumble Bee by Rimsky-Korsakov to inspire a dance to portray the disciples’ emotions at Pentecost or De La Soul’s (Three is) The Magic Number to begin a unit on  the Trimurti or the Christian Trinity.

5. Evidence doesn’t always have to be written! 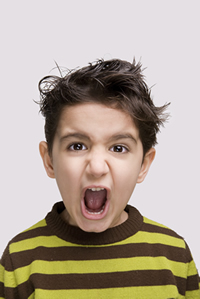 Avoid the temptation to turn RE into another Literacy lesson (although to have high expectations and use of Literacy targets whilst writing in RE is a definite “yes”).  Written work has its place but should be mixed with other ways of communicating. Photographic or video evidence of dance, drama or role play can be used and can be stuck into books or kept electronically.  Yes for an inspection it is necessary and useful to keep progressive evidence but that doesn’t mean writing facts in every lesson. We have also used our virtual learning platform to set up forums on which the children can comment about their progress towards answering the question and on each others’ views – still recorded evidence but far more interactive!

Differentiation was necessary to get ‘outstanding’ in all the observations but resist the temptation to always sort by Literacy ability alone. If your school has any kind of focus on spirituality have a go at grouping your children by their ability to empathise or question rather than how well they can write. This can lead to some difficulties in the level of support needed around the room (depending on the activity) but the benefits of like-minded highly spiritual children really exploring that unanswerable question either together or independently will evidence itself when you ask them to lead the plenary. Other children will need the support of the teacher to question and scaffold more to reach the same goal. Mixed ability group activities are easier so the more able support the less, but this can be seen as woolly by inspectors who would rather see real challenge for those children showing the most potential.

7. Keep carpet time to a minimum.

Your initial question will get the children chomping at the bit to get started and inspectors told us they hate seeing keen children spending overlong periods of time “listening not doing”.  Trust yourself that you know your children well enough to follow up on those that will need reiteration and deal with them individually if they cannot start independently, then let them get on with it!

RE can raise all sorts of questions especially when the children have been taught so well that they can align the actions or beliefs of the believer to their own life. Sudden “light bulb moments” should be explored and discussed even if that is not anything like the plan the inspector is holding! In the ‘Peter’ lesson discussed earlier, some of the children really wanted to consider how it must have felt to walk on water. Allowing them extra time to do this resulted in comments like “so Jesus turned him into a superhero!” which in turn led to far stronger feelings about his later betrayal. It is also valuable to use peer assessment especially in KS2 as it embeds the learning intention into both the author and peer assessor.

9. Ensure there are plenty of thinking prompts.

My plans often seem to be a series of questions rather than answers! For an observed lesson I would include some expectations of the responses but some HOT (higher order thinking) questions, especially follow up ones such as “why do you think that?”, elicit such personal responses that you cannot predict them all. Asking the children to think carefully rather than just to answer with AT1 knowledge, helps them to empathise more and consider their own feelings more deeply rather than just say what any textbook could.

Thinking of the AT2 aspects of learning from religion in these two separate strands has really changed our teaching of RE and clarified what used to be quite a grey, PSHE feeling area. For an outstanding lesson, you need to have elements of both AT1 and 2 but it really helps to be clear about whether you want the children to be empathising with e.g. a Muslim believer in Ramadan and thinking how that person would feel (the impersonal aspects of AT2) or whether they are trying to feel for themselves a situation in which they would believe in something to the point of fasting (the personal AT2). This can then allow you to really focus your questioning and assessment and it is not necessary to have both AT2 in a lesson although children with good thinking and questioning skills will often naturally make the leap.

*Acknowledgement is given to Professor Michael Grimmett who clarified Attainment Taerget 2 by splitting it into AT2 p (personal) and AT2 imp (impersonal).

This may look like a long list and it is unlikely that any one lesson would contain every element but hopefully some ideas have been useful and may inspire your children, and YOU, towards ‘outstanding’ RE.

Discovery RE is the culmination of over 30 years’ experience in RE teaching and advisory work. It reinforces Religious Education’s statutory place in the primary curriculum.

We believe RE is about subject knowledge, critical/evaluative thinking and personal spiritual development.

Discovery RE gives teachers a solid structure for delivering a wide range of subject content covering 6 of the world’s principal religions.  It guides teachers through the enquiry process, starting in the children’s experience, venturing into the world of religion and back into the child’s map of the world.

The world our children live in is full of beauty but also full of confusion.  Discovery RE can equip and empower children to make sense of it.

Discovery RE and Curriculum for Wales and Humanities AoLE for Religion, Values and Ethics 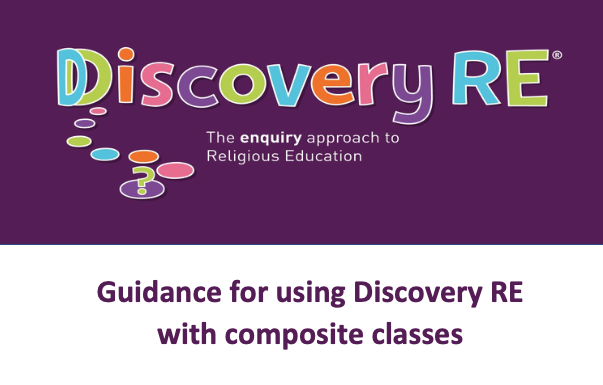 Using Discovery RE with Composite Classes 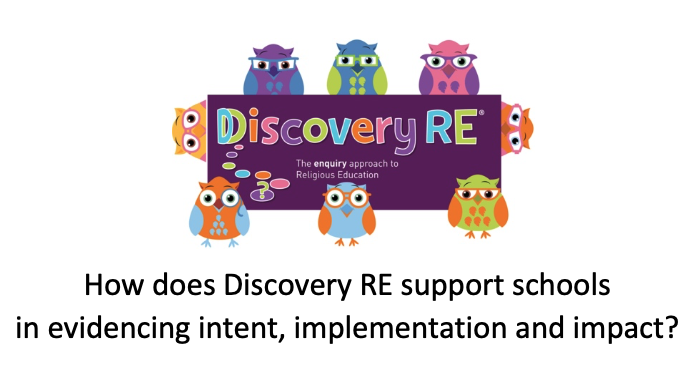 How does Discovery RE support schools in evidencing intent, implementation and impact?